We have set up a new site at www.hitchinnomads.cc - the new site is based on the WordPress technology and will allow us to post more information and manage more of the club's activities online.

The blogsite has been a fantastic asset for the club and we hope to replicate its success in the new technical environment. We have also registered the "cc" domain name.

Many thanks to Steve Austin for driving the new development forward.
Posted by Simon at 09:02

8 December
Welwyn Sports Centre
http://www.gmap-pedometer.com/?r=2961521
38 miles on-road
Off-road ride option
A slight variation on the "Nomads (Hitchin) Cycling Club Rough Riders Scratch and Team Race" from 28th February 1937. Look for the "2013 Edition" in the Off-road section of the Route Library, which is found at our web site. A GPX file is there and the link below takes you straight to the map. Meet on the Market Square with the roadies for 0900 as usual. Course is 24 miles and does not include a cafe stop, so bring a picnic in your jersey pocket. Our friends the Windmillers have been invited to join the Nomads on this occasion.
This is a social ride, not a race or training session, so no one gets dropped
~20 miles off-road
15 December
Willington Frost's GC
http://www.gmap-pedometer.com/?r=2514561
48 miles

The club runs for November have been set by Nick Hickman. Don't forget all routes can be found in the route library.

Suppoting information and additional guidance can be found on our Upcoming Events page.

Eleven riders took part in the final time trial of 2013, the Club Hill Climb. Starting at the base of the climb from Offleyholes Farm towards Preston riders faced a testing, sharp challenge.With reigning champion James Gomm out of action Andy Saunders was the pre-race favourite and he did not disappoint. His time of 1m 15.2secs was one of the quickest in recent years. Club Captain, Simon Doyle and Richard Serradinho took second and third place respectively. The middle of the field saw Nick Senechal, Mark Collins and Andrew Stevenson separated by less than two seconds.


The post-ride social event at the Windmill Pub, Charlton featured Frank Turner's investiture as Life Member and Vice-President of the Nomads in recognition of his many years service and contribution to the club.


Time keeping and pushing off were James Spence, Frank Turner and Tony Furby.

The final Interclub event between Beds Road CC, CC Ashwell, Hitchin Nomads CC and Icknield RC was the hill climb contested on Sharpenhoe Clappers. The event was won by CC Ashwell who placed 5 riders in the top 10.

Promoted for and on behalf of Cycling Time Trials under their Rules and Regulations.
Between Hitchin Nomads CC, Bedfordshire Road CC, Icknield RC and CC Ashwell.

Please sign on and collect your number before proceeding to the start.
After the event tea and coffee will be served at The Chequers Pub.
Entry fee: £3 per rider to cover CTT levy and HQ expenses. 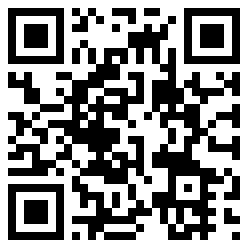